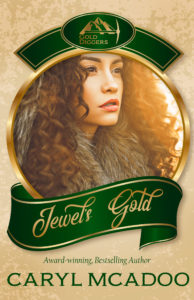 Can a tangled web snare two hearts and point them true north? A Papa’s girl from the start, Jewel Jones remembers all the things he told her. Wealthy, but far from being a snob, she finds Boaz Branson both irritating and intriguing. How can she know if the handsome confidence man truly turns from his wicked ways, or if his interest only in her gold?

Papa said let God’s peace lead her. Only by God’s grace can Boaz escape the deceptions he plans to perpetrate on the beautiful heiress. While his head wants to flee the entanglement, his heart bids him stay. Are Jewel and Boaz building on sinking sand, or have they found the golden nugget they seek?

I always enjoy that our author is able to give us such a faith-filled book while still making the read fun, adventurous, and not overly preachy. I really felt the themes of redemption, hope, and trust. A trip to Alaska to find gold in this time frame certainly made for an intriguing backdrop, and our hero and heroine certainly grew and blossomed separately as well as in their love for each other. While the plot was a steady pace, I have to say the dialogue was a bit choppy, and the climaxes to action were frequent without enough buildup making a lot of the action seem sudden and out of place. I've read quite a few of our author's books, and I can't say this is my favorite, but I still feel that she does some of the best truly faith and gospel filled fictions I've ever read without being judgmental. I recommend this read for the historical fiction reader, romance reader, adventure reader, or those looking for a faith filled read. 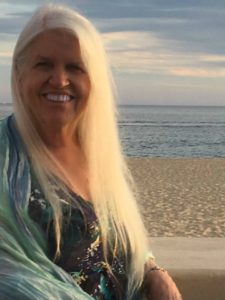 Award-winning, hybrid author Caryl McAdoo prays her story gives God glory! That is why she writes, why she breathes. Her forty-fourth novel has just launched, joining her best-selling title list! Besides writing, she loves singing the new songs the Lord gives her. (Listen to a few at YouTube.) Ron, her husband of 50+ years shares four children and eighteen grandsugars—life’s best blessings, Caryl says. The McAdoos live in the woods south of Clarksville, seat of Red River County in far Northeast Texas, waiting expectantly for God to open the next door.

Jewel’s Gold, my July release and book four in the Gold Diggers Collection, begins in San Francisco in 1895 and moves quickly north to Alaska on Troublesome Creek where Jewel’s papa has a gold mine. My husband Ron was on Troublesome Creek in 1993 seeking the Lord. While there, he also did a little prospecting. To mention gold is to speak of wealth as gold is the most sought-after metal in the world. It’s found on every continent, and I’ve discovered it can be located our bodies as well! Mostly in our blood! Small traces have also been extracted from eucalyptus leaves, a favorite snack of Koala bears! Jewel Jones is the daughter of Joshua Jones, son of Moses and Lanell introduced in SINS OF THE MOTHERS, book three in the Texas Romance Family Saga. Truth be known, little Joshua was in fact a Wheeler, not as Jones, though Moses reared him as his own son. His real father was Caleb who married Mary Rachael Buckmeyer and talked her into running off to California. So, this book may also be classified as a ‘Companion Book’ to that highly acclaimed historical romance series. Ron has always wanted to go back and show me Alaska, and one day we most likely will go north . . . but only in the summer! Who doesn’t love leaving Texas for northern, cooler temperatures in the summer? This story has a little mystery along with the romance and history. When we drove the Oregon/California Trail last December, we visited the site of Sutter’s Mill where the gold rush of 1849 was born. That last place we went before turning south and east back to Texas was an unexpected stop. On the American River, the park and museum offered an amazing place to visit, and knowing this book was on the schedule made it all the more interesting! I also believe that place will add to the genuine feel of Jewel’s Gold.

To celebrate her tour, Caryl is giving away a grand prize of a $50 Amazon gift card!!
Be sure to comment on the blog stops for nine extra entries into the giveaway! Click the link below to enter the giveaway.
https://promosimple.com/ps/e71d/jewel-s-gold-celebration-tour-giveaway
Katie at 7:00 AM
Share