A disguised warrior on a mission to save a dying kingdom, 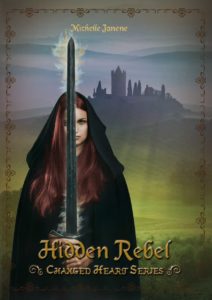 but God has more planned. Aria has left home with one goal. Find the weapon used to defeat the horde of the Black Knight and save what remains of her kingdom.

But things are not going as planned.

Disguised as a male knight, she saves the young prince of the neighboring kingdom, and tales of her fighting prowess spread like a raging fire. Now, within the castle walls of a foreign kingdom, a young girl masquerading as her page serves as her only confidant. But the widower king and his enemies are taking notice of her. The legendary weapon, however, is nowhere to be found.

What is God doing?

Aria needs to save her home without losing her heart.

I found Hidden Rebel to be a surprisingly down to earth fantasy. Many times with fantasy I get so lost in the names, places, and language, it takes me reading the same passage multiple times to understand what's going on. While all those fantasy elements were present, the characters were really relatable, and the language was very understandable. The romance within was really nice as well, and I enjoyed the slow bloom. I appreciated the language of old, and really felt transported in time and space. I felt the characters were developed, I just felt that the action was a bit slow for such a lengthy read that made it hard to continue reading. I suggest reading in parts, as it is rather lengthy. I think even the struggles of being a single dad that's a king is really relatable for today, so props to the author for making all those contemporary connections. I did feel there were nice twists, turns, and adventure with some violence that wasn't overly horrifying. Overall, this is an intriguing fantasy read, or if you're looking for a medieval vibe. 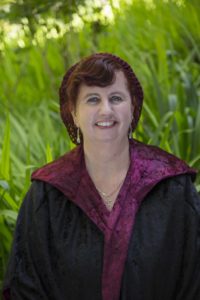 Michelle Janene lives and works in Northern California, though most days she blissfully exists in the medieval creations of her mind. She is a devoted teacher, a dysfunctional housekeeper, and a dedicated writer. She released her first novella Mission: Mistaken Identity in the fall of 2015, God’s Rebel in 2016, Rebel’s Son in 2017, and has been published in several anthologies. She leads two critique groups and is the founder of Strong Tower Press—Indie solutions for indie authors.

The main character of Hidden Rebel is a princess who is also a warrior. She needed to move between court and the battlefield with minimal issues. Aria also took the verse that women should not dress as men seriously. I wrote about a fighting skirt for her. It appeared to be a pleated skirt with several long panels. Those panels weren’t sewn together other than at her hips. When Aria moved it was clear the skirt panels where over tight trousers and tall boots. I thought about the skirt so much I created my own. I have worn it to local Renaissance Faires. 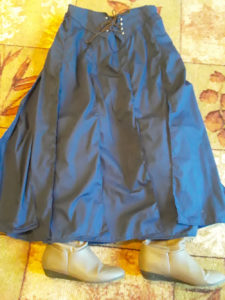 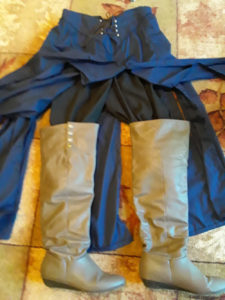 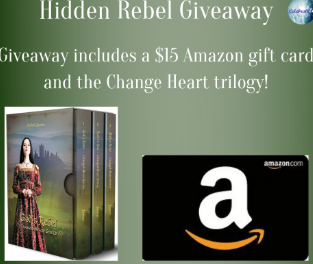 To celebrate her tour, Michelle is giving away a $15 Amazon gift card and the entire trilogy on eBook!!
Be sure to comment on the blog stops for nine extra entries into the giveaway! Click the link below to enter.
https://promosimple.com/ps/ede9/hidden-rebel-celebration-tour-giveaway
Posted by Katie at 5:16 PM