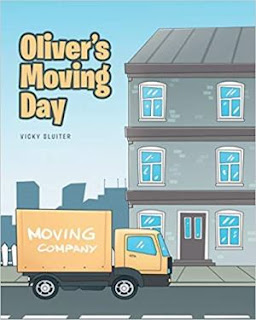 It’s moving day, and five-year-old Oliver is excited for the adventure ahead. He is full of questions as, along with big sister Edith, Mommy, and Daddy, Oliver moves from The Big City to The Country.

He has never been to The Country and has only seen pictures in his books. What will it be like? Where will they live? Will there be lots of people and tall buildings? Join Oliver and his family as they wave goodbye to The Big City and journey through the suburbs and into The Country. Will Oliver have his questions answered? Read along and find out!

Oliver’s Moving day is a cute little story with and curious little boy named Oliver. The illustrations were particularly cute and colorful and set the scene for young children. The story taught us about different places people live like the city and the country and neighborhoods- or living in an apartment or home. The length of the passages on each page were usually pretty short, but on some pages was a few paragraphs long, which I thought was too much for the preschool-young grade school age children this book would appeal to. I think it would encourage children to learn about places outside where they live, and to stay curious and look at life as an adventure to learn about new things. It was a sweet story, and it was very simple- just a nice little story to read together to your young ones. I think they will really enjoy looking at the illustrations and being curious along with Oliver. 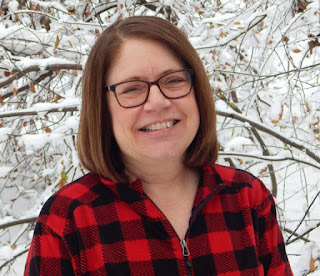 Vicky Sluiter has had a passion for reading since she was four years old. She started with the back of cereal boxes and moved on to everything else, including books, magazines, and t shirts. As a wife and mom, gramma to five boys, and the proud owner of a bearded dragon named Elliott, she has learned what boys like Oliver want to read. You can follow Vicky’s blog and book reviews at vickysluiter.com.

I love writing children’s fiction because children are so much fun. So lively and expressive. You never really know what will happen when a child is involved but usually it will involve laughter. I have five grandsons so have experienced this many times over the years. The boys are ages 5 yrs to 14 yrs. Being at different stages the house is full of fun when they are all together. The youngest adores the oldest, and it’s reciprocated even if he won’t admit it. The middle three enjoy hanging together and getting into mischief. This Gramma loves every second of it!
The idea for a little guy on a farm was birthed when I was taking classes in writing fiction for children 30 years ago. I grew up on a hobby farm in farm country so the setting was pretty natural for me. And all the neighbors were boys so that’s what I’m used to. I could drive a tractor and bale hay right along with them. Having Oliver move from The Big City to The Country was inspired by my three youngest grandsons. That’s what they did and when they come to visit me they get excited to see the tall buildings in The Big City. And yes, they actually use that phrase. They are thoroughly convinced that Oliver’s Moving Day was written about them. In a way it was!
I’m so glad I didn’t give up on my dream. It was temporarily set aside, but in the right season it bubbled to the top again. Never let go of your dreams!

To celebrate her tour, Vicky is giving away the grand prize package of a copy of the book and toy truck!!
Be sure to comment on the blog stops for nine extra entries into the giveaway! Click the link below to enter.
https://promosimple.com/ps/fa66/oliver-s-moving-day-celebration-tour-giveaway
Posted by Katie at 4:46 PM