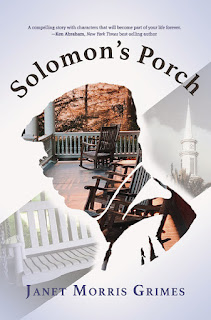 Solomon is running out of it.

A broken and forgotten man fighting the demons of dementia, he longs for the past when both he and his beloved military town of Ginger Ridge once thrived.

When his stooped body collides with the hardened realities of the present, Solomon lies in a coma as an unidentifiable victim of a hit-and-run accident in a faraway city.

With nothing to keep him going but flashbacks of relationships from his past, Solomon has no idea what a difference he will make on the future …

I believe this book may become one of my all time favorite fictions to enjoy. I truly believe any fiction reader could enjoy this thought provoking, emotional, inspiring read. The way the author develops so many characters to bring them together through Solomon at different times and for different reasons was a masterful work of art. I connected with each character and really felt their struggles, hopes, and dreams. The way the author transitioned from past to present storyline was easy to follow and gave us a clear picture of the scars each character carried around. The naturally occurring gospel message was clear and reminded us how every interaction can have eternal impact. I really can’t recommend this book enough for any fiction reader.
I received a complimentary copy of this book, and all opinions given are entirely my own. 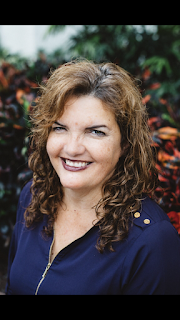 Janet may not have realized she was a writer at the time, but her earliest childhood memories were spent creating fairy-tale stories of the father she never knew. That desire to connect with the mysterious man in a treasured photograph gave her a deep love for the endless possibilities of a healing and everlasting story.

A wife of one, mother of three, and Tootsie to four, she currently writes from her quiet two-acre corner near Louisville, Kentucky. She’s spent the last few years preparing to introduce her novels and children’s stories to the world.

The same is true for my main character, Solomon Thomas. He comes from such a place of deep tragedy. Once he lost everything, he had nothing left to offer but himself. So he did.

There are many themes running throughout this story. A lost sense of home. Running out of time. Redemption and second chances. But more than this, connection and community. Sometimes, we are so trapped by our own brokenness, we don’t know how to let others in. But what if we did?

Solomon learned to do just that. Show up for people, and let them into his world as well. And over time, it was enough to breathe new life into his beloved town of Ginger Ridge.

What happens next? Solomon deserves a sequel, so I’ll be working on that very soon.

For Him and My Family, February 16

Because I said so — and other adventures in Parenting, February 20 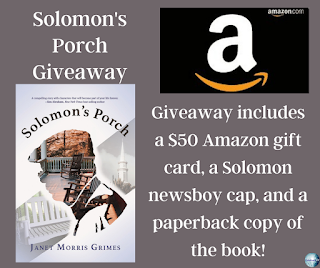 To celebrate her tour, Janet is giving away the grand prize package of a $50 Amazon gift card, a Solomon newsboy cap, and a paperback copy of the book!!