She was born during the Great Depression, dated a soldier shipped across the world into the upheavals of war. Despite the haunting scars of battle, she married that soldier when he returned. After the loss of her husband of sixty years, an annual trip to visit her grandson in Chicago always helped ease her loneliness. Yet in the face of ailing health, Callie had boarded a train and now needed to make her way back home to Michigan. She’d made the same trip many times before, yet this time it was clear to Callie it would be her last. That’s when she met Blaine. The young, agitated woman appeared to be seeking an escape which inspired Callie to remember her own struggles in life and love. Had their lives merged for a reason? They had a train ride from Chicago to Lapeer to find out.

The setting of this book being an elderly stranger telling a contemporary woman her story was intriguing to me. I used to volunteer at nursing homes a lot and what a treasure to hear about the lives lived by these people, which often included tales about the Depression and WWII. I think the history behind this book is very realistic, and the theme of true love and facing challenges that seem insurmountable together was so raw, emotional, and relatable. The hero and heroine developed so well, and the plot really was a good steady pace. If I had any criticism it would be that the sub-characters seemed a little flat to me, and there seemed to be quite a bit of info dump toward the end of the book. I do have a trigger alert for those either in, have been in, or have been part of foster care or adoption. The attitude presented in the book though historically accurate was unsettling for me that a child from foster care is not your own, and that it is harder to love that child vs. a child that you have born. I don't agree with that attitude, and feel it is wrong, but I don't feel the author was ill-intentioned, and like I said, historically this would have been the attitude for the majority of people. Overall, this is a historical fiction really well done and relatable. 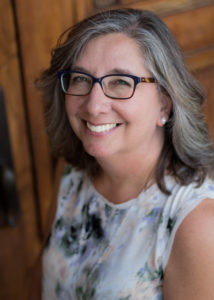 Raised in Michigan, Author Elizabeth Wehman loves to incorporate cities in the state for her inspirational fiction. Famous Michigan flowers adorn the back covers of her books from peonies to lilacs and apple blossoms. Her first novel, “Under the Windowsill,” reflects the tranquility and hidden treasures of Mackinac Island for a much needed hideaway for Kenna, a young girl raised in Iowa. This coming-of-age story uses the growing pains of a quiet, country girl to reflect the dangers and unknowns of breaking away from family and security. From the frustrations of trying to make it alone, Kenna’s experience cements a permanent trust of the goodness of her past and a true hope for the future. Elizabeth’s second novel, reflects the tumultuous relationship between sisters in “Promise at Daybreak.” Two elderly sisters are forced together by illness which leads them to fulfill a pact they made at their mother’s grave. The story reflects the storms of dealing with dementia and the results of fulfilling a promise, despite its drawbacks. The setting for this novel is Elizabeth’s hometown, Durand complete with its historic depot and the thunderous noises of a train town. Both novel settings share historical and distinctive aspects of both Michigan cities. Elizabeth’s third novel, released the summer of 2017, and will be entitled, “Just a Train Ride.” All of her novels are clean reads, with a clear inspirational message for her readers. Elizabeth’s home is in Owosso. You can find more about Elizabeth at www.elizabethwehman.com or on her Facebook page – Elizabeth Wehman/Author.

Just a Train Ride is a fictional version of my parent’s love story from the 1940’s. My father fought in WWII and he returned from his fighting experience after having a nervous breakdown. He suffered repercussions of that throughout his entire life. My mother sent off a different man than the one who returned home to her, but she was faithful to her promise to marry him. Their story and his experiences were a private matter, so I waited until after his death to write their story. Some of it is based on facts, other parts are just my imagination…filling in the details. I included the train ride as a major part, due to the fact that my mother had gone on a train to see my father just before he shipped off to war. My main purpose in writing JATR was to show how you can be faithful in marriage, despite the setbacks, sorrow, and fateful events that can ravage even the best of marriages. This is my third inspirational novel.

To celebrate her tour, Elizabeth is giving away a grand prize of a Michigan-themed basket!!
Be sure to comment on the blog stops for nine extra entries into the giveaway! Click the below to enter. https://promosimple.com/ps/e1c2/just-a-train-ride-celebration-tour-giveaway