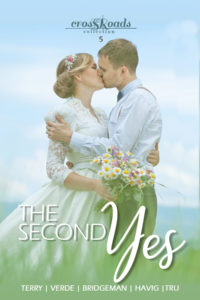 The Second Yes: Five of today’s Best-selling Christian Authors weave six brand-new, unique, interconnected stories of what happens after the bride says yes to him and yes to the dress.
Let’s face it. Weddings equal stress for the families involved. Preachers, however, have it easy. Or so they say.

Ty Jamison’s first parishioner is getting married. Though he’s performed many services at the little chapel in New Cheltenham–grand affairs, all designed to give the illusion of simplicity–all of them were strangers to him.

So when Lara Priest asks him to perform the ceremony at her wedding, and to use the chapel, of course, Ty is thrilled. That joy fades as one by one, things go wrong. From a groom who refuses to attend pre-marital counseling to Lara discovering that her dream wedding dress is a no-can-do, what can go wrong seems to. And like so many weddings that movies are made of, things go from bad to worse to “worser.” All the while, Ty tries to remind himself that he only has to provide a little premarital counseling, show up, perform the service, and find a way to hide his broken heart through the whole ordeal. All in a life’s work.

I found The Second Yes collection to be really beautiful, realistic, and a refreshing change from Christian romance I have come to expect. With that said, each book had just the right element of comfort we find in being able to expect just a little predictability in a good romance book. What I really appreciated is that none of the books were sensual. They were sweet and emotional, but not sensual (thank you so much from this reader :) They also dealt with real struggles presented by down to earth characters. I am not the biggest romance fiction fan, but this collection of books was impossible not to like. Season of Surprises made me happy with themes of redemption, and boy did I connect with the heroine's struggles to be the helper. Something Borrowed, Someone Blue brought us that quirkiness and mystery Ms. Havig always brings that results in a well written story. Black Belt, White Dress was very emotional and heartfelt, and I totally connected with the heroine because I am myself a 1st degree black belt in Taekwondo! Sewn Together brought a lot of tears, and I loved the different aspect we get from the little girl's writings about the situation. Finally, The Second Yes brought a satisfying conclusion and really concluded all we had learned about God together in a beautiful way! I would recommend this series (and all the other Crossroads collections these authors have done) for clean romance fiction readers, or just those who enjoy well written Christian fiction. 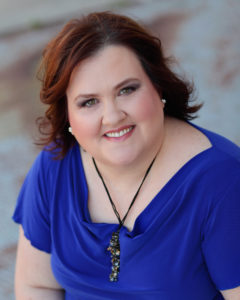 The tiny bridal shop held dozens of dresses. Frothy princess dresses, twenties dropped-waist dresses, straight, short, silky, shiny satin, lace, beaded appliques… I looked at them all and found an ivory jacquard, tea length, dress by Jessica McClintock. It was a hundred dollars. To a girl making $4.25 an hour and too broke to buy food, it might as well have been a thousand. Still, it was also cheaper than any other dress in the store and just my style. I pulled out the twenty-dollars I’d saved by doing extra work around my apartment for the landlord and said I’d put it on layaway. My maid of honor protested. The dress wasn’t fancy enough. It didn’t reach the floor. It wasn’t white. I didn’t look good in ivory (she was right on that one, anyway), and the veil I’d fallen in love with—you know the $120 veil I could never afford—wouldn’t look good with it. Duh. Look, I was eighteen (barely), and had parents who would have paid me to elope in Las Vegas in lieu of the wedding. Two months later, we did go… And we still had the wedding, but that’s a story for another day. I left the store with my choice on layaway. Went home and later told my fiancé about the thing. He said to get the one I wanted. And I had. Still, I got the impression that he thought I actually wanted the other one… and maybe he meant that I should get that one. That left a conundrum. Did he like the sound of the other one more? Was that why? The traditional white and floor-length thing? I went back to the shop the next day to look again. Seriously, if we’d had cellphones back then, I would have taken a picture and asked him. That’s when I found out the white one was now on layaway—not the ivory I’d chosen. The decision had been made for me.


And so went the rest of my wedding planning.

I made one decision. It was countermanded as not grand enough, not traditional enough, too cheap, not enough… One decision, I’d made involved flowers. I called to ask about something after I’d ordered them and found they’d been changed to something else. I lost it—informed the florist that if any changes were not made in person with my driver’s license as proof of me making them, then when the wedding day came, if the flowers were wrong, I’d do without flowers. We wouldn’t have any. And I wouldn’t pay for them. I wish I’d have had the backbone to do more of that. But come on, I was eighteen. My mother didn’t have anything to do with wedding planning. They’d agreed to show up in whatever clothes we told them to, and that was it. Back to the dress. I think it’s important to note that I did love that white, floor-length dress. It was beautiful, it looked good on me, and it would make for lovely pictures. It would.


It just wasn’t what I’d chosen.

You see, I’d said “yes” to a dress—just not the one that I had agreed to pay for. Instead, it was the one that was almost four times the cost of the one I already couldn’t afford. I’d always planned to tell the story—fictionalized, of course—but I figured it would be about Rockland’s wedding planning company, “The Agency.” So, when it came time to do my book for the next Crossroads collection, The Second Yes, I was surprised to discover that elements of my own wedding kept cropping up in different ways. The motivation is different in Something Borrowed, Someone Blue, but the result is the same—a girl who, no matter what happens, can’t seem to have the wedding she envisions. The question is… is that a good thing?

To celebrate her tour, Chautona is giving away a grand prize that includes a Spa Basket designed to soothe any bride’s nerves (or to make any reader feel as though she is part of the bridal party and getting pampered before the big day) and also includes a $25 gift certificate to Amazon (Image not reflective of actual contents)!!

Be sure to comment on the blog stops for nine extra entries into the giveaway! Click the link below to enter.  https://promosimple.com/ps/e514/the-second-yes-celebration-tour-giveaway