Release Day For Book 2 in the Once Lost Series The Beloved!

Check out my YouTube Channel and see a Release Day Trailer if you just want a sneak peek below: 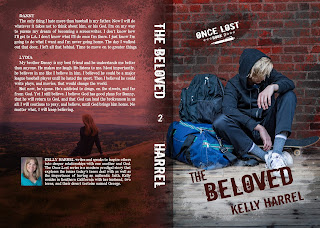 Danny
The only thing I hate more than baseball is my father. Now I will do whatever it takes not to think about him, or his God. I’m on my way to pursue my dream of becoming a screenwriter. I don’t know how I’ll get to LA. I don’t know what I’ll do once I’m there. I just know I’m going to do what I want and I’m never going home. The day I walked out that door, I left all that behind. Time to move on to greater things.
***
Lydia
My brother Danny is my best friend and he understands me better than anyone. He makes me laugh. He listens to me. Most importantly, he believes in me like I believe in him. I believed he could be a major league baseball player until he hated the sport. Then I believed he could write plays, and movies, that would change the world.But now, he’s gone. He’s addicted to drugs, on the streets, and far from God. Yet I still believe. I believe God has good plans for Danny, that he will return to God, and that God can heal the brokenness in us all. I will continue to pray, and believe, until God brings him home. No matter what, I will keep believing.

Kelly really strives to convey a realistic, yet inspirational look into Danny and Lydia's life and their interactions with God in the midst of their different struggles. This book is completely relatable to the YA audience and really would be great for a high school group or church student group to dive into together. Without being overly preachy, Kelly reminds us that God never gives up on us and that no sin is too great- His love for us never changes and He is always there for us even when we've totally turned our back on Him. Throughout the book we are reminded of this by many secondary characters that may only have a few sentences mention, but remind us of the love that can be found in the hands and feet of the body of Christ. The hopelessness Danny feels truly grips your soul from off the page and helps you to relate to so many living in sin that feel trapped and completely alone. Lydia's perspective really show the heartache the family of a prodigal endures, and how ultimately they have to learn to entrust that family member to Christ. This is the second in the series, so I highly recommend going back and checking out the Deceived, and if you're like me, waiting on edge to finish this story in the next installment! I recommend this one for those looking for a realistic inspirational fiction,  and the YA reader (perhaps with parent, teacher, pastor). Don't miss the quality of emotion and truth inside the Beloved.

Kelly Harrel is the author of the Lauren Drake series and its spinoff, the Once Lost series. Convertible rides to the beach with the love of her life, Jeff, are her favorite. She also loves hanging out with her son and daughter, and she adores peppermint mochas. Kelly strives to usher others into a deeper relationship with Christ through her speaking and writing. To learn more about Kelly or to book a speaking engagement, visit www.kellyharrel.com. 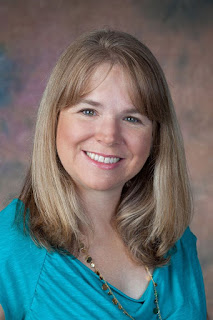 Guest Blog for The Beloved By Kelly Harrel

I was a prodigal, and if all you knew about me were my actions during that prodigal year, you probably wouldn’t read my books. You’d definitely question whether I’d ever really been a Christian. But then I came home. My testimony is strong and has been known to inspire people—but not my kids. Nope. Maybe because they know me as the person I am today. Or maybe because they're teenagers. I’m not sure. It’s just the way it is.


That's why they need kids like Danny. The Once Lost series presents the world for what it is. People sin. Young people, old people, and in-between people. Even Christians. The pressures of life can lead to bad choices that not only affect us but those who love us. The Beloved is the prodigal at rock bottom. With nowhere to go and no one to turn to, Danny drinks, does drugs, lies, and steals. Some parents and adults fear that reading about those things will tempt teens to do them. But here’s the thing—reading about someone else making poor choices and paying the real-life consequences can be a tool to help teens make wiser choices.

My son was fifteen when we read The Deceived together. He was sixteen when he read The Beloved . At seventeen, he went to his first “party.” And not a high school party. It was a party with his rock climbing buddies who were anywhere from eighteen to twenty-four years old. And I let him go. Here’s why. While I was writing the Once Lost series, I realized I needed to give my kids opportunities to make good choices while they still lived under my roof. That way, I had time to guide them into doing the right thing. I didn’t want them to be unprepared for the freedom they’d have at college and go wild. My son went to the party with a set curfew and with directions to be safe and wise. Everything turned out fine, and I thought that would be the end of it. But the next day, he was invited to another party. That’s when fear kicked in. I sat down with him to give him a “refresher” talk. “I need you to know your father and I are not okay with underage drinking. It’s illegal, and breaking the law is a sin. We don’t want you to do that.” “I know.” He shrugged. “People offered me drinks last night, and I told them ‘no.’ Some guy even offered me marijuana. I said, ‘No way, bro, I don’t do that.’” At first, my heart sank thinking of my kid in that situation. Then God reminded me that my boy has the Word of God in his heart. He’s also seen what Danny did to himself and that it cost him his family, friends, home, and eventually his passion. My son recognized that trying to fit in can destroy you—and your future. And that using drugs and alcohol as an escape only brings on more problems. Luke 15:13 says, “A few days later this younger son packed all his belongings and moved to a distant land, and there he wasted all his money in wild living” (NLT). If that was the only verse you read from the prodigal son story, it wouldn't leave you with any hope. For that reason, The Beloved is not meant to be a stand-alone book.


It’s meant to be read as part of the series—a series that examines the dynamics of the Christian family, the pressures teens face, and ultimately the redemption of Christ. I encourage you to share this series with teens. My hope is that it’ll help them understand not only the depths of sin but the depths of God's grace. While complete redemption comes in book three (I promise!), The Beloved has a lot of beautiful lessons throughout. Danny writes in his introduction to The Beloved : “But I write it in hopes that, as you read, you will see how He never turned His back on me. He sent His people to love me though I mocked them. He continued to provide for me despite stupid choices. While I wallowed in the filth, I was still His beloved. I write that you may realize His love for you is just as strong, regardless of what you’ve done. God is always with us. Watching over us. Loving us. Waiting for us to call out to Him so He can save us from ourselves. … Perhaps, although things aren’t hunky-dory, this is your typical Christian story. After all, everyone has sinned and fallen short of the glory of God. Some of us just fall harder than others. ” God bless you on this journey, my friend. May God’s love and grace become more real to you than ever before.The Beloved Kindle edition is now available for preorder on Amazon.