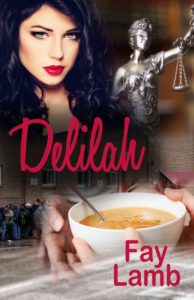 They’ve sparred for years, but now they’re both headed for a knockout.

Newly elected judge, John M. Turner, tries his best to soothe the hard feelings of former Circuit Judge Delilah James, the woman he bested in the election by only a narrow margin, but his friend’s and her haughty reputation are making it difficult for him to let things slide. Worse yet, a vengeful assistant state attorney, the other candidate whose entry in the race actually handed the win to John, is seeking to have them both removed from the Florida Bar.


Delilah wants to make amends to John, but every time she attempts to apologize or to behave in court, she makes a mess of it. Since leaving the bench, life has become complicated: John’s teenager sister hates her, Libby Carter, has been arrested for battery on a police officer and embroiled her in the plight of the homeless, her past has returned to haunt her, and if that’s not enough, she’s fallen into the one experience in life she never thought would happen to her. John finally offers to make peace, but Delilah’s not ready for that.

Calling a truce with the man you love? What’s the fun in that?

I really like TV courtroom dramas, so Delilah was right up my alley in that respect. Delilah was certainly a tough heroine, but she also has a lot of hurt she's trying to keep under control. I think the theme I look for when describing this book would be redemption. It reminds me of those that may hurt us but really just need some love in their lives that is unconditional. It reminded me of how only the Lord can really make us whole and fill every gap in our heart. I found the plot very interesting and the backdrop one that I haven't seen many books written in giving the book a certain uniqueness. I really enjoyed watching Delilah and John form a friendship and then romance, and then just watching Delilah develop so much. I'm not a huge romance fan, so it was a bit too sensual for me, but probably not for the hardcore romance reader. I found this to be a well-developed, well-rounded read! Fay Lamb is an author, an editor, and a teacher. She also loves to teach workshops for fiction writers and has recently shared Bible truths on Preach the Word Network TV. Fay has contracted three series with her publisher, Write Integrity Press. The Amazing Grace romantic suspense series is complete with four books beginning with STALKING WILLOW. Her Ties that Bind romance series is complete with this book, the fourth, and begins with CHARISSE. And with her current release, DELILAH, her fourth heroine, greatly loved by readers, gets her chance to shine. Her newest epic series, Serenity Key, with elements of romance, mystery, and suspense, began with STORMS IN SERENITY. Fay has an adventurous spirit, which has also taken her into the arena of non-fiction with The Art of Characterization: How to Use the Elements of Storytelling to Connect Readers to an Unforgettable Cast. Fay loves to meet readers, and you can find her on her personal Facebook page, her Facebook Author page, and at The Tactical Editor on Facebook and on Goodreads. She’s also active on Twitter. Then there are her blogs: On the Ledge, Inner Source, and the Tactical Editor.

Since the release of Charisse, I heard from many readers who fell in love with Delilah, this delightfully fiendish character who changed in some ways from story to story but never truly lost her brash personality that made her who she is. I never meant to give Dee her own story, but like many of the characters I write, I find that those that I consider truly secondary are the ones that seem to capture the imagination of the readers. I have a character in a little-known book that I wrote in 1999 that my readers still ask me about today, and characters in a writing tutorial that I used as examples have an adoring audience. The same was true of Delilah.

When I sent the synopses in for Charisse, Libby, and Hope, the stories which at that time, encompassed the series, the publisher indicated I could have the contract on one condition: if Delilah got a story of her own. Who was I to argue? As I completed the other two novels in the series and five other novels in different series for the same publisher, I worked on Delilah in my mind. She wouldn’t let me alone, and she never ceased to amaze me with her story. When she told me her background, I laughed aloud. When she learned her connection to one of the other gals in the series, I cried and rejoiced with her. Delilah truly had me on a roller coaster ride of emotions, and I couldn’t wait to sit down and tell her unique tale set against the backdrop of Central Florida’s homelessness and our wonderful natural resources.

It is truly my hope that you’ll come along for the ride.

To celebrate her tour, Fay is giving away a grand prize of a Kindle Fire 8 HD!!
Be sure to comment on the blog stops for nine extra entries into the giveaway! Click the link below to enter. https://promosimple.com/ps/dfeb/delilah-celebration-tour-giveaway