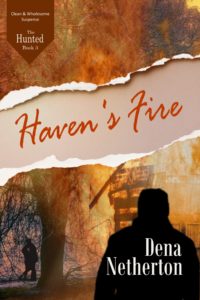 When Dade re-emerges from the wilderness and settles in Seattle, intent on establishing a powerful cult following, Haven, Petter, and Jesse must protect their new friend, Thea, from his evil plans.

Haven Ellingson has been stalked, kidnapped, and beaten by Dade. After her escape, he continued to torment her through threats and constant pursuit. Again she was able to break free, thinking the man had finally perished. But he’s back, now intent on destroying the life of another young woman and countless, misguided followers. And Haven is having none of it. Sometimes you hide from your attacker; sometimes you stand and fight.

Wow- what a punch this book packed! I have never read a book that goes so in depth to a dangerous cult led by a very dangerous leader like this book did, and it was definitely eye-opening. The characters were so easy to relate to, and I really felt their emotions from fear, to betrayal, to anger, and more. The romance within was sweet and light, and it was enjoyable to watch unfold. The truth of the Bible found within that truly only God can fully satisfy us was beautifully displayed. The action found within was enough to keep me on my toes and keep reading. I feel like this was a story that needed to be told, and I felt like the suspense, romance, and just plain truth found within were all woven together to make a beautiful book. Don't miss Haven's Fire! 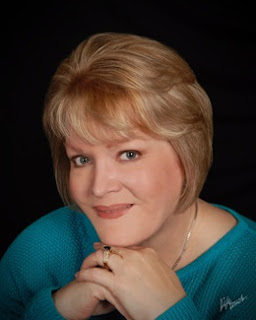 Dena Netherton has always loved the thrill of suspense-filled fiction. One day it dawned on her she could actually put down on paper her own action-packed stories and life-threatened characters that had been knocking around inside her head for decades. When she’s not writing, Dena loves to play piano and guitar, read good books, spend time with people, and hike the Cascade Mountains. Dena is active in her church as a musician, leader in Women’s Ministry, and director of a women’s prayer ministry. She also volunteers at a Crisis Pregnancy Center. She and her husband live in the beautiful Pacific Northwest. Find out more about Dena’s books through her website and newsletter: denanetherton.me

Haven’s Fire is the third and final installment of the suspense trilogy, Hunting Haven. In the first book, Haven’s Flight, I introduced Jesse, a teenaged boy, living with the delusional Dade Colton and his common-law wife, Mama. He’s a sweet and handsome young man, but just like Haven, he’s a victim of the two abusive adults who keep him imprisoned in a remote mountain cabin, far from the influence of church or friends or schools. He puts his life on the line to help Haven escape from Dade, and as I was writing the book, I fell in love with his courageous, unselfish character. So I vowed that I would give him a bigger role in the third book. (He’s still secondary in book two, Haven’s Hope.) And since Jesse wasn’t destined to be Haven’s love, I knew I had to find a girl for him, someone worthy of him, but someone who was dealing with her own dark past. In Haven’s Fire, we get to see Jesse, now a student living in Seattle, struggle to forgive Dade and Mama for the abuse they dealt out, and to help his girl, Thea, escape the dangerous leader of a cult who is bent on controlling and abusing her. In this suspense-filled book, it will take all of Jesse’s new-found faith, his prayers, and the support of Haven and her friends to rescue Thea from walking blindly into a world of intrigue, deception, and even, murder!

To celebrate her tour, Dena is giving away a grand prize of a $75 Amazon gift card!!
Be sure to comment on the blog stops for nine extra entries into the giveaway! Click the link below to enter. https://promosimple.com/ps/de85/haven-s-fire-celebration-tour-giveaway